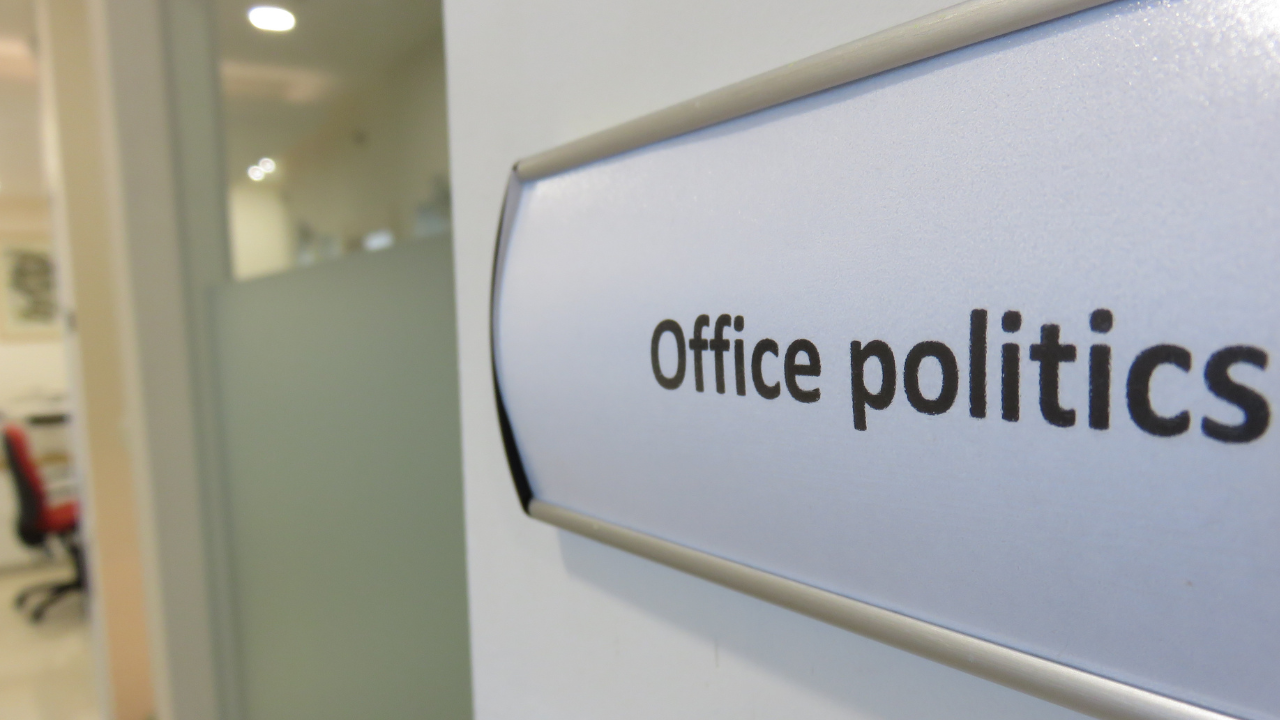 3 Things I Learned from Not Managing Internal Politics Well

I used to think internal politics was beneath me. I viewed it as a manipulative, shady, evil, self-serving, ego-driven game — and I didn’t want any part of it. I didn’t know what internal politics meant and further, I wasn’t politically skilled. I don’t know about you, but when I was promoted to senior leadership, no one sat me down and said, “Now Teresa, let me explain to you how to become politically savvy and navigate the layers of authority within this organization”. As a result, I did not always know how to manage internal politics well.

Internal Politics, or Workplace Politics as it’s otherwise defined, is known as the behaviour and processes at organizations in which power and authority is used. This process often involves the use of building networks and relationships that benefits the organization. Doesn’t sound so bad, right? Why, then does the thought of managing internal politics sound so dirty?

Because we have warped the definition. It’s about becoming politically savvy, not dishonest. The definition includes, ‘that benefits the organization’. So often, when I was in the executive ranks, it got personal real fast. Workplace Politics became an individualistic pursuit, and therein lies the problem, especially for ambitious women who tend to avoid organizational politics, as Bonnie Marcus articulates beautifully in The Politics of Promotion. When we adopt the mindset that internal politics is centred around ‘me, me, me’, it starts to feel inauthentic. Unwittingly, we start to view others who seem to be ‘getting their way’ as selfish and untrustworthy.

This may show up as:

Hindsight is a beautiful thing, isn’t it? Here’s a cold hard truth from an executive woman turned coach. Office Politics doesn’t have to be distasteful. By owning your personal power and infusing everything you do with intention, managing internal politics can be a game changer.

Bonus Points: It can prevent stress and burnout too.

As I reflect on my corporate career, I can distinctly recall the times when I managed internal politics exceptionally well, and when I managed it extremely poorly. When I was internally grounded and secure, I was in full control of my emotions and reactions. I intuitively knew how to influence a situation and create conversations that created rapid results. Mechanisms were in place to control my internal responses, such as having a Mentor and Executive Coach. I took 100% responsibility for my destiny. It was ‘dang fun.

When you manage internal politics well, it’s way more fun, way more fulfilling, and you enjoy way more success.  Promotions, pay raises, and visibility are at a closer reach. More time, money, energy, and resources flow to high influencers then to people hoping wishing and waiting to be noticed. Consider this quote from Harvard Business Review:

“…individuals with political skills tend to do better in gaining more personal power as well as managing stress and job demands, than their politically naive counterparts. They also have a greater impact on organizational outcomes”.

I became adept at scanning the organization and the Influencers who managed internal politics gracefully, and I went out of my way to enter their orbit.

Once I took advantage of my skill in being able to connect deeply with people, I started to ask thought-provoking questions, took an interest in their lives and their business goals. Because body language accounts for almost 55% of communication, I studied NLP and became adept at reading physical cues and matching other people’s communication preferences, all skills I teach women in The Crucible. In essence, I focused on influencing others from an other-centred lens.

Managing internal politics well is really a conversation about influence.

When I reflect on the times when I managed internal politics extremely poorly, on the other hand…I cringe, with a smile on my face. As a recovering perfectionist and high achiever, I understand the importance of self-compassion. I’m not ashamed of my past failures, nor should you, my dear reader. This is how we become great.

On that note, here are my top 3 mistakes in all their splendour:

1. I gossiped, complained, and vented. Why? Because it felt good. In fact, there is a study that clearly shows the feel good effect from gossiping or venting with co-workers. We feel less anxiety and it’s bonding. For a good 20 minutes, that is. Too bad it’s a reputation killer. Just don’t do it. If you’re a leader serious about advancing your career and becoming known as a person of influence, steer clear of this behaviour. Gossip gets malicious pretty darn fast and can snowball faster than an avalanche.

2. I held onto a false belief. Rather than view internal politics as a rewarding and challenging leadership exercise to build my interpersonal skills, cultivate deeper relationships, and impact the organization for good, I chose to see it as a dirty and inauthentic game. I wanted no part of it, so I said. That’s simply incorrect. While there will always be credit takers and idea-thieves, I choose to believe that it mostly happens unconsciously. Even if it was conscious, I didn’t trust my self-advocacy skills enough to call it out. Instead, it became easier to blame others than take 100% responsibility for my response.

3. I didn’t prioritize building relationships. This is exceedingly important. Building your network and deepening your relationships at work is an often-overlooked aspect of leadership. I never felt like I had the time to network, (false belief) but again, I didn’t know how to build alliances authentically and was afraid to ask. Once I did learn that skill, all sorts of benefits became available to me: faster approval times, reduction in wasted effort, diminished stress, and absence of resentment. In short, I was less burnt out as a corporate executive.

In a nutshell, internal politics is influence, no different than the influence required to win a political vote. You need to be deeply connected, people must respect you, and you need to have allies willing to advocate for you. Once you decide that managing internal politics is all about influence, then you can start focusing on the right people, conversations, and partnerships that will help you move the needle on your agenda, while also supporting someone else’s.

Doesn’t sound so dirty, does it?